The founder of Nationwide Bearing Co Ltd and still owner and director today Paul Birley who had gained experience whilst working in various roles within the bearing industry starting as a storesman, spending much time as a sales man before progressing to management at a large national bearing distributor. He then decided to go it alone and Nationwide Bearing Co Ltd was established on March 26th 1992 in a small 36m² office on Carcroft enterprise zone in Doncaster. From the first month the company was profitable and it was not long before the initial premises were no longer suitable.

In 1994 the company moved into a larger unit on the same industrial estate complete with a trade counter to service the local agricultural and construction customers.

The philosophy of nothing being too much trouble and the ability to source essential parts at short notice saw Nationwide Bearing Co Ltd gain their first multi national customer in Case International who we still proudly supply today. It was during this period that the NWB brand was born. In his previous roles Paul had spent much time visiting bearing and oil seal factories across Europe and the Far East gathering knowledge of the strengths and weaknesses of different bearing manufacturers.
One of the first items to be supplied to Case international was a clutch release bearing that Case had been let down on by their current supplier. Paul managed to have the product designed, made and delivered in half the time that their current supplier had quoted and at a more cost effective price and from that day on NWB branded bearings began being delivered into the agricultural market. 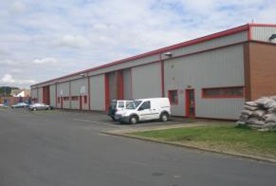 In 1997 as a result of continued growth NWB moved to a purpose built unit less than 1 mile away from the original unit. The company still occupies the same site today although the site looks a little different after acquiring neighboroughing units and building extensions to allow for more storage space.

In 2004 the company had grown to a level where the previous company processes could no longer sustain continued growth. New computer systems were installed to improve automation and increase the speed of data transfer internally and from both customers, suppliers

At the beginning of the financial crisis NWB found most of our customers were wanting to reduce inventory lines. NWB realised that any problems in the supply chain at this time would result in supply shortages and made a concious decision to increase the amount of stock being carried. The turnover over the following 3 years doubled as NWB became widely known amongst their customer base as the people who would have stock. Customers had the confidence to be able to run low stock inventories satisfying their needs to turn stock into cash knowing that they could source parts from NWB on a next day basis. 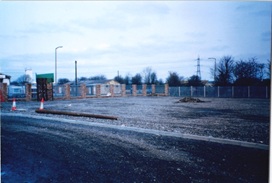 NWB had a custom machine designed to automatically control the dimensions of every single item supplied to the production line after feedback about concentricity and dimensional issues with the previous supplier. NWB wanted to eliminate this problem and help secure the future business.

In 2013 NWB invested in a CNC co-ordinate measuring machine to enhance the UK quality control of incoming parts. This investment has enabled NWB to work closer with current and potential suppliers to identify possible weaknesses in the production process so that NWB could solidify themselves as a viable link between trading company and manufacturer.
Also to keep up with increasing demand and through a determination to increase efficiency and reduce lead times NWB started the process of beginning to automate aspects of the warehouse by purchasing a vertical lift storage machine adopting the picking principles of goods to man to reduce picking times. 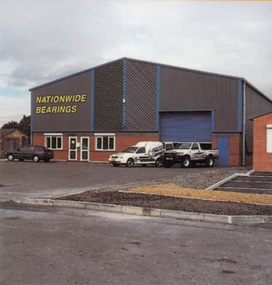